What I did on my Summer Vacation

Hello, loyal blog readers! In the past year this blog has turned into either 1) public reflections on grief or 2) me talking about trips I took. Also, 2019 is well on it's way to becoming the least blogged year of the ten plus years I've had this blog (whoops). So in an effort to correct that, even though the summer isn't even half over, I thought I'd write about some of the things I've done on my summer vacations, since those are effectively over for me for the year (there might be a few more beach weekends but my big trips are done).

The first big trip was with my entire family (my nine sibs, my mom, my spouse and my brother-in-law) to my grandmother's timeshare in Williamsburg. This trip was great because it was re-living vacations we had done when I was a kid, and is the first time in I think about ten years that all of my family had all gone on vacation together.

Ryan and I drove up with Jessica and Derek on Saturday after their flight got in and met the rest of the family at the resort. The first day (Sunday) was basically just chill, hangout at the resort day, with some shopping at the outlet malls thrown in for good measure. It was everything our vacations had always been with tennis and board games and pools and it was a great day. 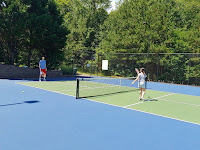 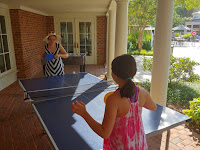 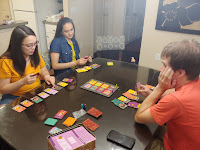 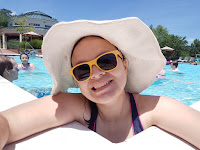 The second day (Monday) we went to Virginia Beach. Ryan and I have decided it's our favorite beach because of how well-swept the sand is there. We did a lot of wave jumping and Ryan buried my youngest sister in sand (and she buried him in sand). After beach my mom had picked a place that was once highlighted on Food Network for dinner, and we all enjoyed a variety of seafood there. 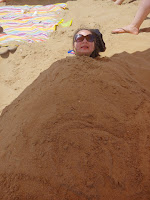 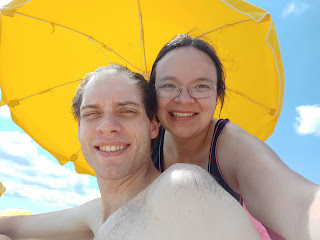 The third day (Tuesday) was the last day Ryan and I were there, and we did another nostalgic trip for me to the Jamestown glasshouse, a fully operational glassblowing facility that is historically recreating how glass was blown in the 1600s based on nearby archaeological ruins. My grandparents used to take me and my siblings to the glasshouse when I was a kid, and it was exactly the same way I remembered it, which made me really happy. There were some exhibits about the different kinds of glass, what different elements you add to make glass different colors, and a gift shop with a whole host of possible purchases that had all been blown by the artisans on previous days. It was SUPER hot at the glasshouse, because the furnaces were going full blast, and generally all around a homeschooling throwback for me. 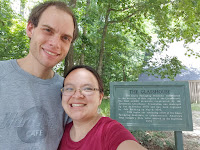 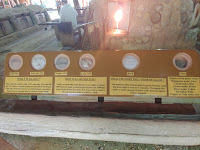 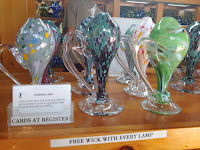 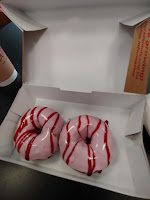 On our way home Ryan and I saw Toy Story 4 at an Alamo Drafthouse Cinema (where they serve you dinner in the movie!) and got some Duck Donuts (pictured above) because Duck Donuts has spread outside of NC all the way to Williamsburg. The rest of the family did Busch Gardens amusement park on the days we were back in MD.

Our second trip was for our fourth anniversary to Deep Creek Lake in Western Maryland. We did a lot of hiking, kayaking, and farm visits on this trip, in no particular order. We hiked every morning (when it was sunny), we visited Firefly Farms Creamery & Market, Deep Creek Lavender Farms, Sugar and Spice Amish Bakery, Lakeside Creamery and the Christmas Chalet while it rained, and kayaked in the afternoons after the rain passed us. Also we visited the Oakland B&O Museum which was by far my personal favorite of the whole trip. It's a tiny little museum, only opened since 2013 but working hard to preserve the history of the Oakland B&O station and be a part of the larger B&O museum network. I love trains (a hobby passed from my grandfather and dad) and loved the stories behind this museum's efforts to preserve parts of train history. Because we were there over the 4th, we also got to see the Fireworks on the Mountain display from our hotel window! 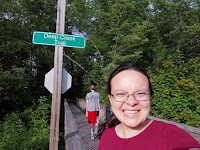 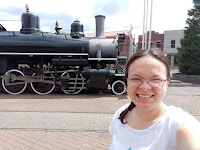 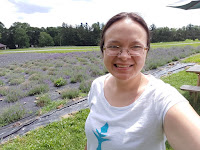 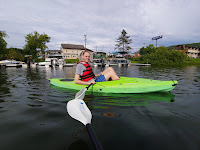 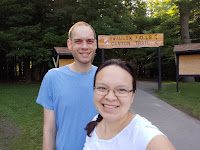 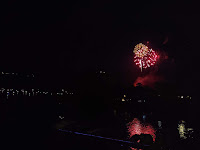 Ryan and I have many anniversary traditions - we take a photo of ourselves with the photo from the previous year every anniversary, we eat taco salad and red velvet cake (because that is what was served at our reception) and I try to always get him something corresponding to the traditional anniversary gift for that year (this year it was our linen anniversary). So here are some photos of the food we ate to honor those traditions (red velvet not pictured, as the donuts made a better photo). 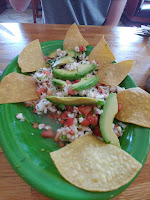 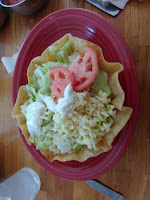 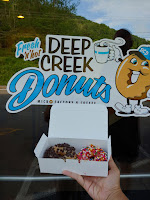 Finally, here's a series of photos I'm calling "funny signs seen at Deep Creek". These are from the train museum, the lavender farm and the Christmas Chalet, and they all made me giggle. 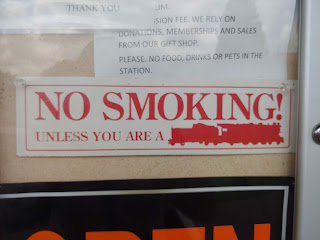 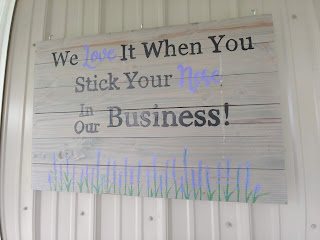 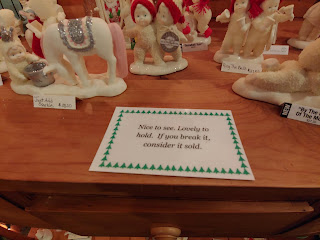