I saw a photo of myself from five years ago recently and couldn't stop thinking about it, so I wanted to put some thought behind it. I had a conversation with my workout buddy on our recent bike ride around this as well. So here are my thoughts, with some photos sprinkled in to keep it interesting.

When I was 14 years old, a freshman in high school, I was asked to step on a scale in the locker room at my high school and write what I weighed on a worksheet before the fitness challenge at the start of the semester long PE class. The scale was in a semi-private corner, but the number that I had to write (186 lbs) would then be passed to multiple classmates as they tallied how many sit-ups I could do, how many rounds of the pacer I ran, and other things. I wrote it in the lightest possible pencil strokes that I could, because I knew that it was a big number, and then proceeded to compare myself to each of my classmates. My high school arch-rival (who was really a very nice girl - I don't know why I turned things into a competition between us in my head) weighed 116 lbs, and I remember feeling totally awful about the 70 lbs difference between us. I was able to complete the minimum expected fitness challenge for girls my age, but left the class that day feeling shamed, and pretty much vowed that I wouldn't tell anyone what I weighed ever again.

By the time I graduated high school, I weighed 204 lbs. I know this because the week before school, I secretly went into my parents bedroom to step on their scale. I had heard about "the freshman fifteen" and wanted a baseline from before I left for school, but I didn't want anyone to know what my baseline was, because I knew it was fat. And college wasn't helpful with this. While I was in college, I met my now husband, and he kind of danced around the topic. I had avoided scales because I knew it wasn't going to be great, but finally, after spring break of my senior year of undergrad, I agreed to step on a scale and let him see. This was right after I'd gone on a cruise ship with two of my college girlfriends, and I weighed 231 lbs. I cried for hours. 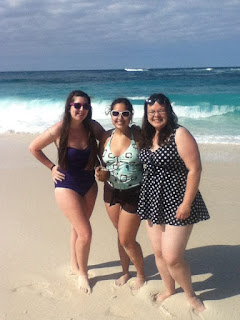 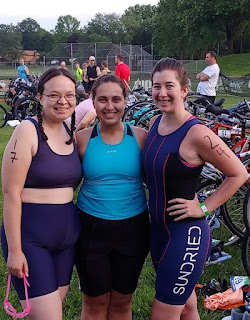 (Above photos from our March 2014 college spring break cruise, and the June 014 triathlon)

The summer after undergrad, my then-boyfriend, now-husband started coaching me in running. I was miserable. It was June, I was hot, and I could barely make it a mile before I had to stop to walk. But we used the couch to 5K program to make it to my first 5K, a color run in November of 2014.  By March of 2015 we were engaged, and I had a wedding date to aim for. By our July 2015 wedding, I had lost the 27 lbs of college weight and was back at 204. And that was good. And then I kind of hit a plateau, where I was still running, but I wasn't losing weight anymore. So I started lying about how much I weighed. I lied to myself, I lied to my spouse, I lied on my driver's license - because I didn't want to weigh more than 200 lbs, so I just docked ten pounds and pretended that'd I'd lose it eventually. I went through cycles of up and down weight loss during these years - up five, down ten, back up again, etc. 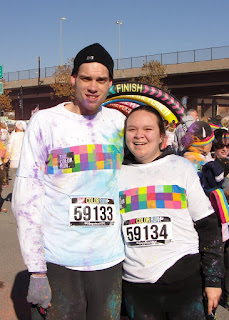 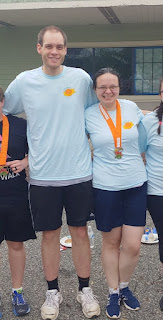 (Above photos from the November 2014 color run, and a May 2019 cancer research fundraiser run)

Around the time we got married is the time that my dad's cancer was determined to be "terminal". Through a variety of treatments, he extended his life from summer of 2015 to early summer of 2018, and a lot of things happened for my family in that time, and while I did some runs (my first 10K, etc.) I wasn't especially focused on diet and exercise. I set a goal to do a triathlon in 2018, but never really got motivated and failed to accomplish the goal. Then in May of 2018, my dad got worse and died, and I got a renewed zeal for embracing my own life. It sounds kind of dumb, but when I would go out on a run, I'd feel a renewed vigor because of the fact that I could be out running, that I was still healthy/still alive. My friend Emma set her wedding date for late 2018, and I made a goal - I would stop lying about it and actually be less than 200 lbs by the time Emma got married. Using My fitness pal to track things, by September of 2018 (when Emma got married), I was 196 lbs. Then this year my friend Christina asked me if I'd do a triathlon with her (since she knew about my previous goal). So I started training for that, and I kept tracking fitness pal, and I kept losing weight. By the time we actually competed in our triathlon event (June of 2019) I weighed 175 lbs (and this morning, I weighed 172, so I'm still on a downward trend!). 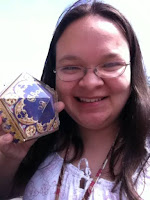 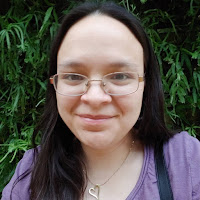 (Above selfies from March 2014 at Harry Potter World, and June 2019 at Longwood Gardens)

OK, my story is over. Here are some thoughts/points I want to make.

1) Weight loss does not mean you can't eat ice cream. I have lost weight, a lot of weight, but I don't eat different foods (just less). Weight loss doesn't mean depriving yourself. I hate dieting because it's always based on depriving yourself. In the years between 2015 and 2018 I tried deprivation dieting on and off and it always resulted in my crying about how I felt like I couldn't eat what I wanted. So I threw that out and I eat what I want to eat. What I cut out was the "eating because I'm bored" snacking. So before I eat something I ask "why". Am I hungry? good reason. Am I celebrating someone/something? good reason. Am I bored/there's just nothing else to do? Not a good reason.

1) Stop telling people they're fat. I promise you that they already know, and you are likely making it worse. I tell the story about when I was 14 because I decided there was nothing I could do, and just gave up. Most other overweight people I know say the same thing - it feels like what's the point, because even loosing ten pounds (which is a big win!) is such a small part of what they need to loose overall. So if someone overweight tells you they lost weight (even if you can't tell), celebrate it. On my journey from fat to fit, fat-shaming (most of which came from my own head) was my worst enemy. So down with that crap. If they're happy, and healthy (you can be healthy with a few extra pounds on your hips), then "fat" is relative. Technically, according to many standards, I am still overweight. According to the BMI scale (the most popular measure of  "normal") a woman my height should be somewhere between 120-165 lbs. But I am the healthiest I've been in a long time.

2) Tell people when you've seen improvements. This is a sensitive area - don't say "you look like you lost weight" because maybe they haven't actually and then it's awkward. But tell people "you look good!" or "you look fit!" or whatever feels comfortable to you, because the encouragement of buddies has helped me tremendously. My girl friends Christina and Morgan who ran the tri with me, and who cheered me on through social media (Morgan) and in person training together (Christina) and my friend Alec, who has always been the first person to notice and tell me when I've lost weight (partly because he's on a pretty good weight loss journey of his own and we encourage each other). And of course, my husband, who kick-started this whole thing by asking me to be honest with him about what I weigh and loving me anyways when the initial number was much bigger than either of us anticipated, and getting me out in my sneakers, hitting the pavement with him. 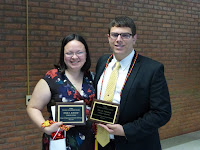 3) Promote health over numbers. I've put all of the numbers in this blog post because I want to highlight how dramatic the last five years has been for me (so I remember and stick to the patterns I've changed), but if you read the post, you'll see that what really made the change for me in the past year was not focusing on the numbers, but focusing on the fact that I am alive and that I can run and that I wanted to make the most of that. I haven't talked as much about how I changed what I was eating, but you can imagine the difference between college - where you can eat french fries every day - and now, where this summer Ryan and I are focusing on eating local veggies thanks to the Breezy Willow Farms CSA. The food choices were not based on trying to loose weight, but trying to eat better for the sake of the global and local economy - but I'm sure that has made a difference as well. I've mostly stopped the fitness pal calorie counting, but I'm still conscious of choosing things like dried seaweed crisps over potato chips, because it causes my skin to break out less - and the weight benefits of that are a side benefit. So don't stress about the scale, or the calorie count, or any numbers. Go with more days of working out than not working out. Go with more days of home cooked meals than store bought meals. Go with health over numbers, and see what happens. If you don't loose weight, but you feel better, then it's worth it. One of my co-workers has changed his diet, and not really lost weight, but he feels more energy as a result, and I think that's a win too.

This turned out WAY longer than I expected and also ended up touching on Dad's cancer again (I promise, guys, eventually this blog won't mention cancer), but I hope you start a conversation with me about weight loss/exercise/healthy eating based on this long ramble.
Posted by BlueLotusJoy